This body of work is a series of collaged images that use contradiction and double meaning as a way to critique the imagery of American landscapes, idealized and created by white men and meant to be consumed by a white audience. By inserting multiple images of people of color into these landscapes, the collages challenge and re-shape those narratives and reveal the constantly layered way people of color learn to see the world; a reality of the double consciousness W.E.B. Dubois speaks of. 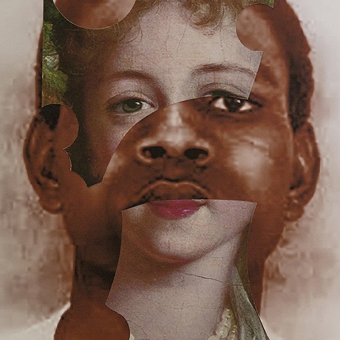 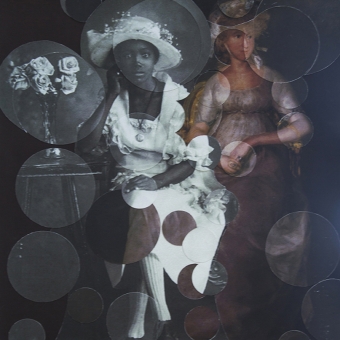 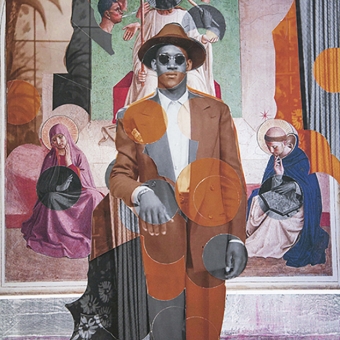 Stranger in the Village 2020 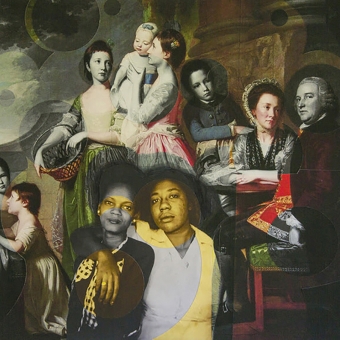 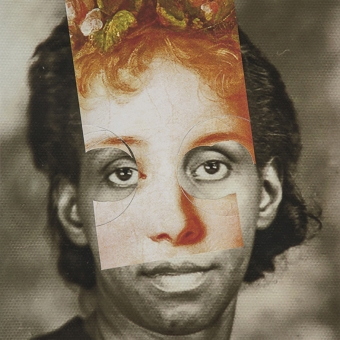 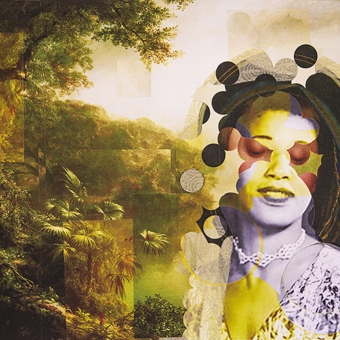 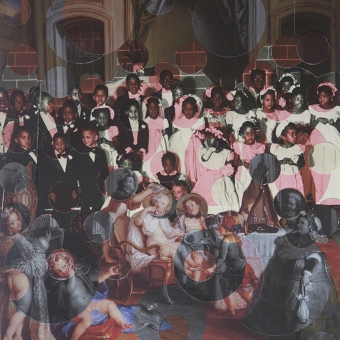 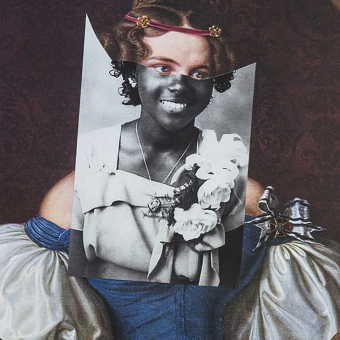 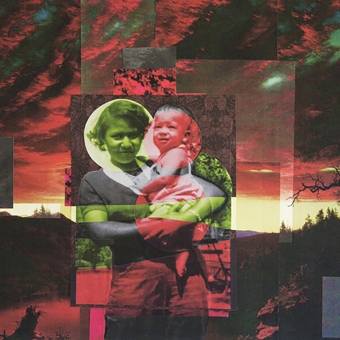 Twilight in the Wilderness 2020 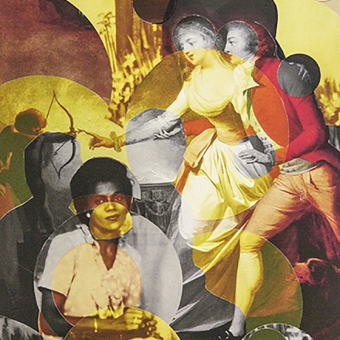 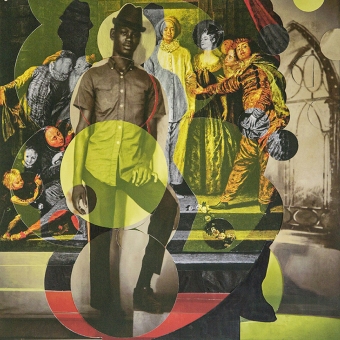 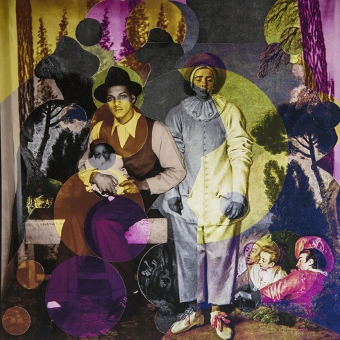 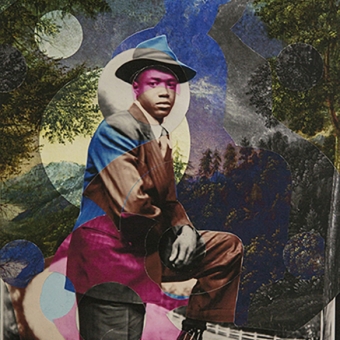 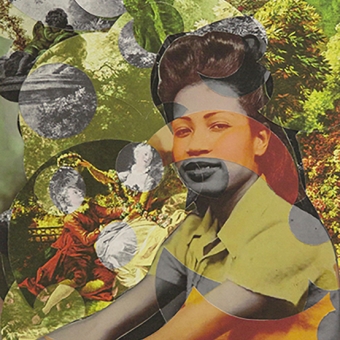 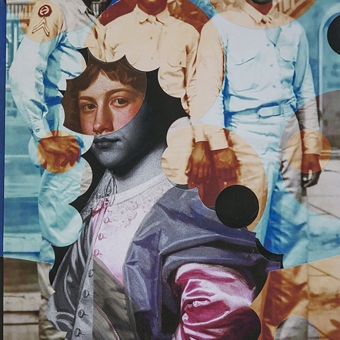 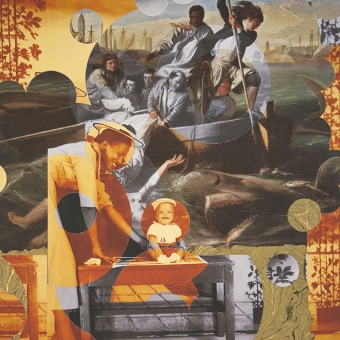 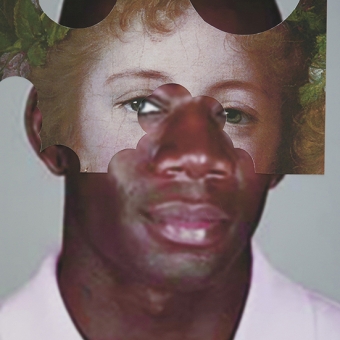 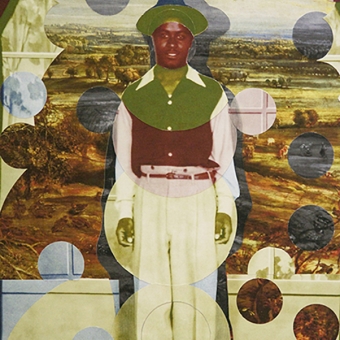 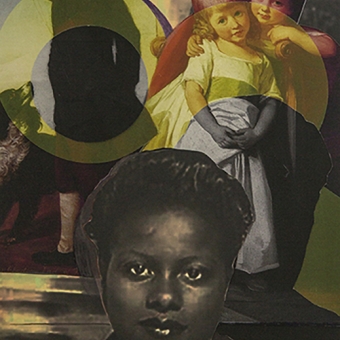 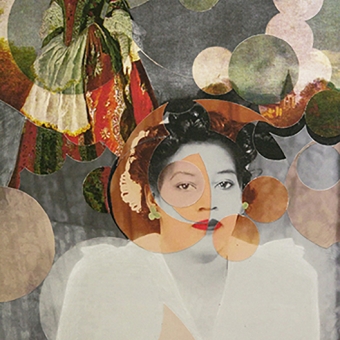 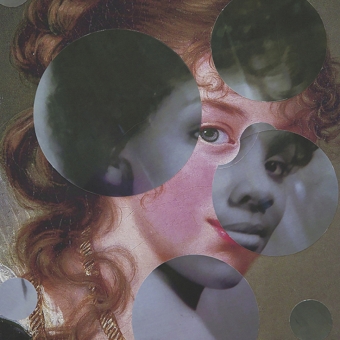 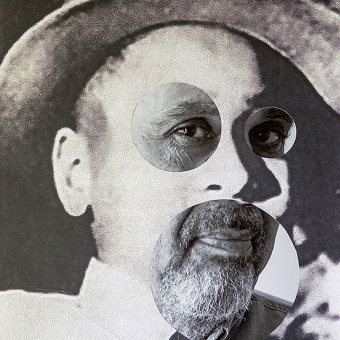 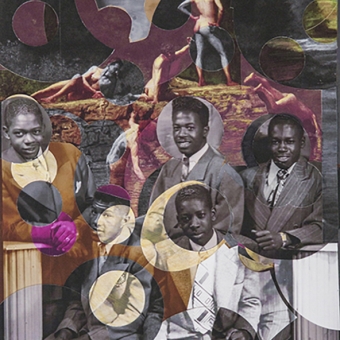 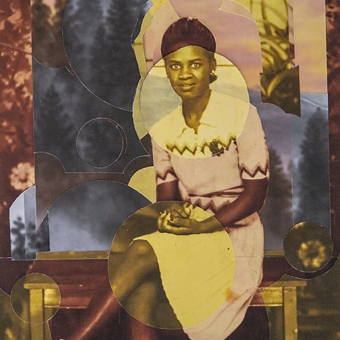 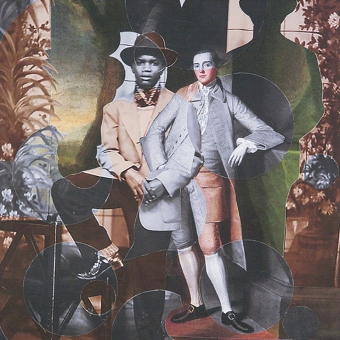 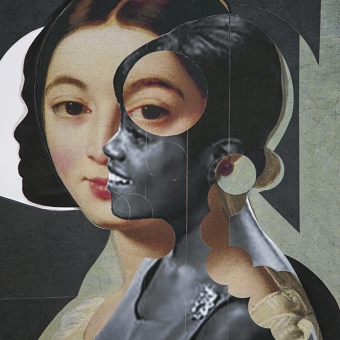 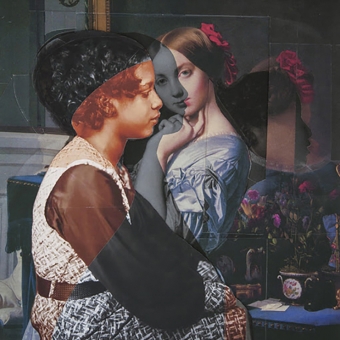 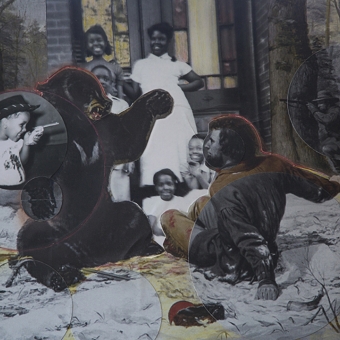 The American Landscape: Real Allegory, real as in the rejection of the heroic and symbolic over the actual --vas unpleasant to some as that might be. The consequence of the images I am proposing lies in the contradiction and double meaning, like the words “real allegory.”

Black Americans live in a different world; actually we live in the same world only we live in it differently. Persons of color learn to see the world as constantly layered; a reality of the double consciousness W.E.B. Dubois speaks of. Black Americans grow to accept duality as part of our identity as well as the ghosts of contradiction always present in how we are seen and how we see ourselves. Viewed through innumerable lenses yet rarely seen, asked to learn and speak umpteen languages but still not heard, a history that validates and gives permanence to the inconsistency inherent in the white man’s vision and language serve as the starting point for new images I wish to create.

An early edition of Webster’s American dictionary defines wilderness as land uncultivated and uninhabited by human beings. The definition implies that the land was never home to the nations of people “first discovered” by the colonists and further exploited by Lewis and Clark’s survey of the possibilities of empire building in the West. Politics and religion justified and supported a vision that Native Americans were not human beings, where the dispossession of land and the enslavement people were a necessary part of the on-going process of transforming the wilderness into America.

The vision of the landscape as metaphor for the American experience, symbolizing its struggles, its beauty, spirit and virtue over the years has been shaped and perpetuated by American visual and literary artists seeking to build, in their minds, a more truthful, more meaningful version of nature through how it is represented. The problem was, and has continued to be, the American experience symbolized by and depicted within these representations of landscape sprung solely from the white man’s imagination and were meant to be consumed by a white audience. Whiteness serves as a philosophy in which natural beauty is a reflection of virtue. The visual language -- though said to be universal -- for the most part excludes all non-whites. The artists and writers are white and the inhabitants of the worlds they create are white. Non-whites are included only in reference to a vanishing past or a less than desirable future.

My interest in collage, in physically joining fragments of contrasting images and portions of images is ironically an attempt to see myself as whole and complete by using visual vocabulary to change the context in which my image is viewed and the qualities that are by proximity associated with that image. I think of being an artist and the images I create as a way of inserting myself into discourses where historically I would have been characterized as a stranger, an anonymous shadow without a gaze, a presence or a voice.

Ovid’s fable of Narcissus is a tale of confronting duality, a battle between the Self and another self whose suggestion may be seen as merely an illusion or a fantasy; a story of the desire to make oneself whole through the contrasts of compliments. I mean the word compliment here as in the coupling of experiences, the yin and yang understanding of life; without light you cannot appreciate dark, without cold you do not know what it is like to be warm. It is the way one speaks of color, where an opposite is not opposite but compliments and contains all the attributes the other does not, those necessary to complete and make whole what the singular entity cannot. Red is able to complete what green on its own could not.

If one of the primary functions of any image is to validate and give permanence to the world, it describes and the persons that inhabit that world. Collage allows me to build a world of contrasting and complimentary elements constructed to my specifications, to physically and psychologically traverse borders, to show myself, to be part of and wander through cultural and historical eras and their dogmas concerning identity, beauty, representation and social status. The tradition of American landscape art, imagery of green forests where one can contemplate the meaning of nature and life, images of a gentle, manicured antebellum South or folksy mid-Western gatherings that celebrate the bounty of the land, the idealism of the sun behind one, of horizons that seem to have no boundaries, exist with little recognition of the blood, sweat and tears of enslaved and indentured Black, red and yellow men and women, with little acknowledgement of the Other point of view. I am interested in crafting alternative parables by coercing an exchange of traits, purpose, time and space through the chance encounters of images that on the surface would not be interpreted as deserving the same kind of attention or having the same importance or consequence. Images with seemingly mismatched and contradictory expectations in the eye and mind of the viewer that, through their dialogue, invade and challenge the immortality and purity of long-held Western cultural profiles, ideals and attitudes.

Raised by a single mother who worked long hours, growing up I spent much of my time alone, peering out the front-room window, imagining. Becoming an artist was a way of imagining everything differently. That was and still is the primary fantasy.