An innovative ongoing project that investigates the contemporary use of former military bases in East and West Germany, and the challenges and costs of converting those bases to civilian use. The judges were impressed with Kisewetter’s medium format work, and the sense of irony and discovery that resonate through her images. 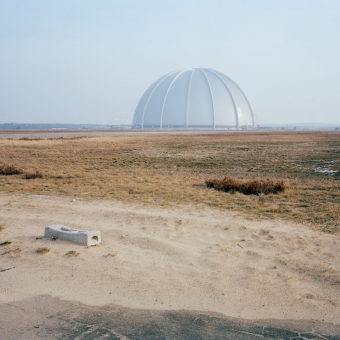 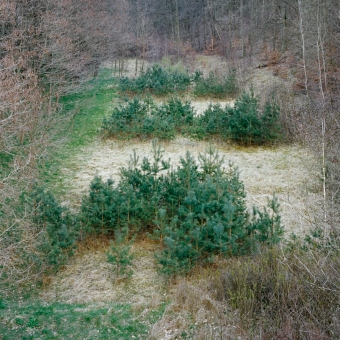 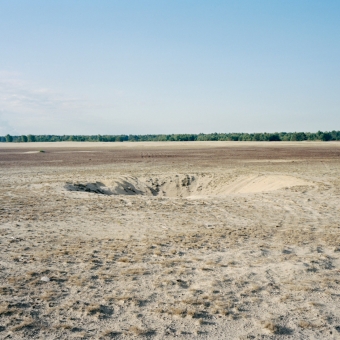 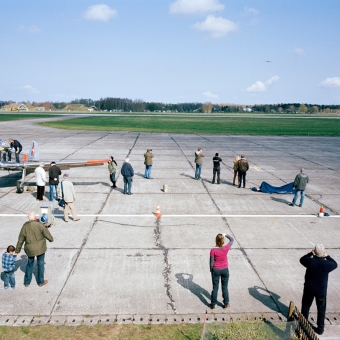 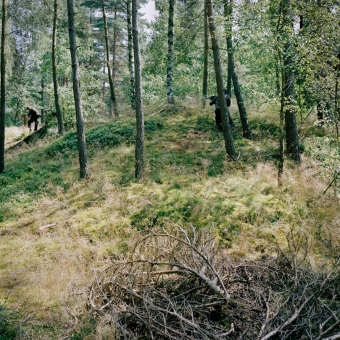 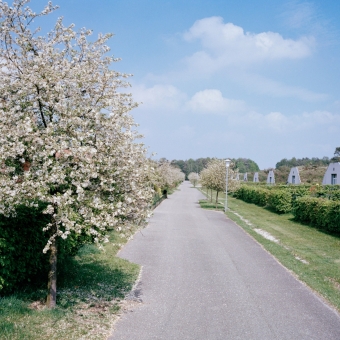 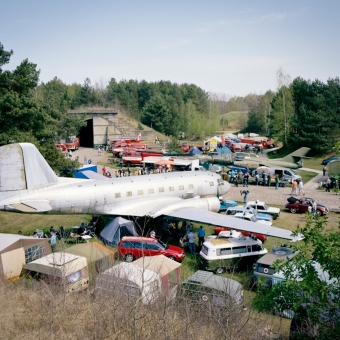 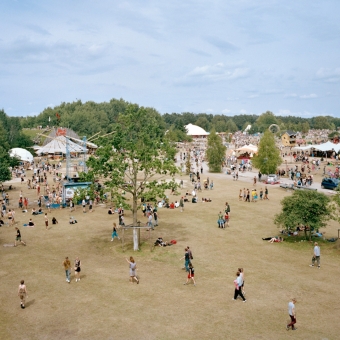 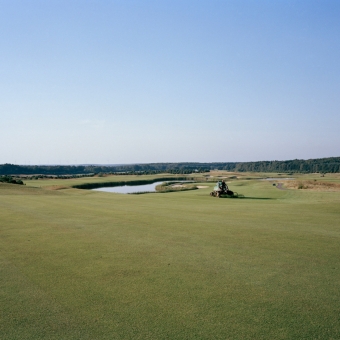 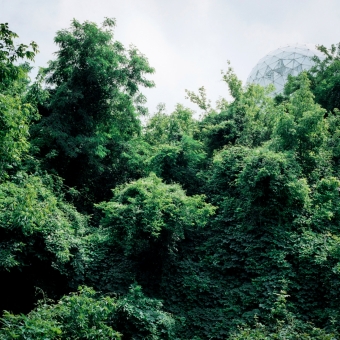 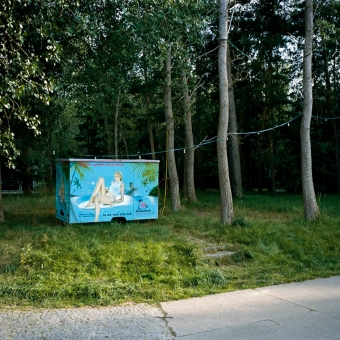 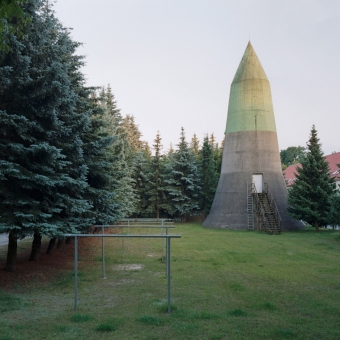 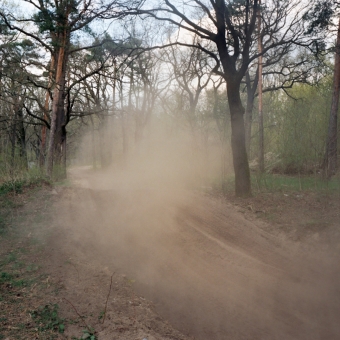 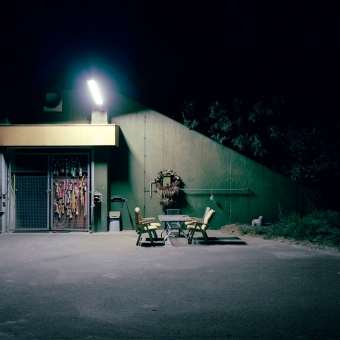 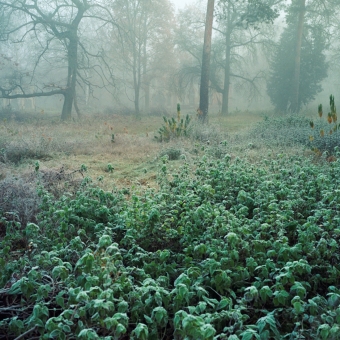 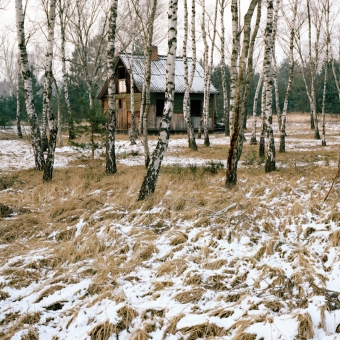 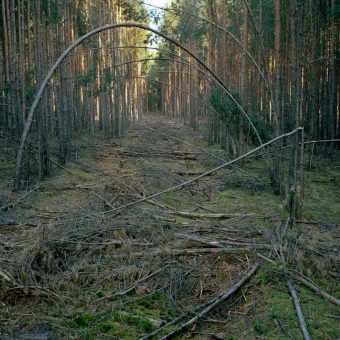 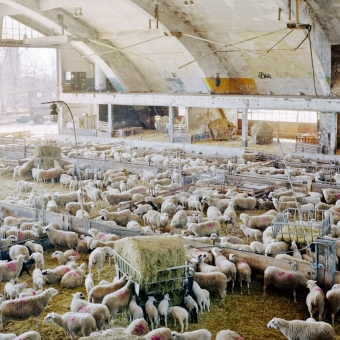 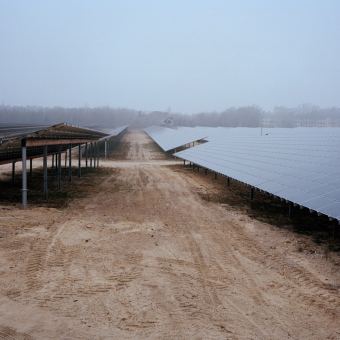 With the collapse of the Soviet Union and the end of the Cold War the largest period of military disarmament in history began. Especially in Europe, where the military blocs were facing each other unforgivingly until the late '80s, after the withdrawal of Soviet and Western forces, many military facilities have been closed. Of the world wide closures Germany is the most affected.

"Wjunsdorf," as the place was called by the Russians, is the seat of the Supreme Command of the Soviet Armed Forces in Germany. Within a fenced and walled enclosure existed numerous Soviet facilities such as kindergartens, schools and shops. The areas extended underground to a network of bombproof bunkers connected by corridors, and above ground we find numerous air defense towers.

For citizens of the GDR, the area is off limits. The former headquarters of the Supreme Command of the german Wehrmacht is now a home to - at its peak - 50,000 to 75,000 Soviet men, women and children. The withdrawal of the troops in 1994 left an entire deserted town behind. Wünsdorf is just one example of many abandoned military sites in East and West Germany.

Huge military sites in a very poor condition and hazardously contaminated remain. The transformation of former military facilities for civilian use for communities therefore pose considerable challenges. For areas that were often ignored for decades in urban planning, a new use has to be found. The financing of the conversion causes considerable problems to the communities, and the withdrawal of troops in Germany is accompanied by the loss of 129,000 jobs. Where before, a brisk trade between the foreign forces and local companies prevailed, suddenly no demand exists. Therefore, new markets are to be found. The communities want to find investors to secure prosperity through tax revenues and jobs for the region. This may lead to tensions if the local interests are not consistent with the requirements of environmental organizations and trade unions, standing for a socially responsable conversion.

About 20 years after the withdrawal of the allied forces, the conversion of some areas has already been completed, in others it has not even begun. For the latter nature is taking possession of the military remainders. The examination of the current character and use of these military areas allows a differentiated view on this long term conversion process in Germany.

Since October 2011, I visited many former military properties in East and West Germany. I drove to urban areas and to less developed regions, in order to investigate how former military bases are being used today. This exposé includes examples of my work from Mecklenburg-Vorpommern, Brandenburg, North Rhine-Westphalia and Berlin. Journeys to other German states are planned.

First of all, the photographs show silent, sometimes picturesque landscapes. The relation to the military past does not reveal itself immediately. Only upon closer inspection and contemplation of the images as a series, a feeling arises for the importance that these places once had. In some places, events are also held in which this meaning, however, seems to be hidden.

My work is not exhaustive. It is a snapshot that allows insight into the lengthy conversion process in Germany. It shall not just be a mere document, but allow the observer to have an own, differentiated approach to a complex issue and is supposed to raise questions. The photographies are intended to be combined with text. The accompanying text will describe the history of the landscapes and deals with the relationship between word and image in photography.

The changes in the structures and needs of a society, which are considered in the work "conversion", can be transferred to various socio-political issues. In Germany, the conversion process has reached another level with the Bundeswehr reform 2011. On October 26, 2011 defense minister Dè Maiziere published the so-called "poison list", listing 31 army sites that must be closed within the next few years and converted to civilian use. In my earlier work, "places" and "Hamburg Süd" I worked already with places that have been subjected to social and political change, a transformation. This interest / theme continues with the work "Conversion".

Isabel Kiesewetter was born 1974 in Lübeck, Germany. From 1998-2002 she studied sign language, psychology and educational science in Hamburg. After her degree she worked as an interpreter for many years. In 2006, she began working as an assistant photographer at Studio Markus Hauser. Since 2008, she has studying photography at Ostkreuz School of Photography in Berlin with lecturers Thomas Sandberg, Thomas Meyer, Werner Maler and Ute Maler. In 2010 she attended the workshop "A Sense of Place" by Peter Bialobrzeski in Leipzig.

Isabel Kiesewetter lives and works as a photographer and interpreter in Berlin and Hamburg.