Luttringer started El Lamento de los Muros / The Wailing of the Walls in 2000 and will continue doing this work as long as she lives. She is a reappeared woman and shares problems common to many survivors of political violence. Any time she finds another reappeared woman wanting to tell her story, she will listen to her and record her testimony. Whenever she can visit another SDC and take photographs, she will do that. Collecting testimonies and photographs is a not a photography project but a life project for Luttringer. 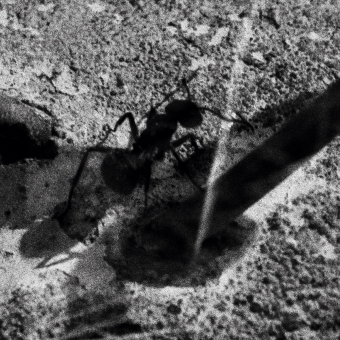 "Ants used to come in and out, and I would watch these ants because they were coming in and then going out into the world. They were walking across the earth, the outside world, and then coming back in again and watching them I didn't feel so alone." Ledda Barreiro was abducted on January 12, 1978, in Mar del Plata. She was then taken to the secret detention center 'La Cueva'. 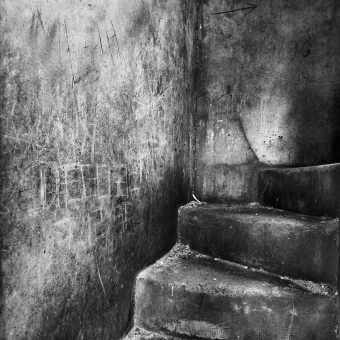 "I went down about twenty or thirty steps and I heard big iron doors being shut. I imagined that the place was underground, that it was big, because you could hear people's voices echoing and the airplanes taxing overhead or nearby. The noise drove you mad. One of the men said to me: so you're a psychologist? Well bitch, like all the psychologists, here you're really going to find out what's good. And he began to punch me in the stomach." Marta Candeloro was abducted on June 7, 1977 in Neuquen. She was then taken to the secret detention center 'La Cueva'. 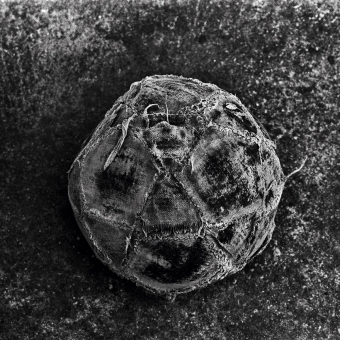 "It is very hard to describe the terror of the minutes, hours, days, months, spent there. At first when you've been kidnapped you have no idea about the place around you. Some of us imagined it to be round, others like a football stadium with the guards walking above us. We didn't know which direction our bodies were facing, where our head was, where our feet were pointing. I remember clinging to the mat with all my strength so as not to fall even though I knew I was on the floor." Liliana Callizo was abducted on September 1, 1976 in Cordoba. She was then taken to the secret detention center 'La Perla'. 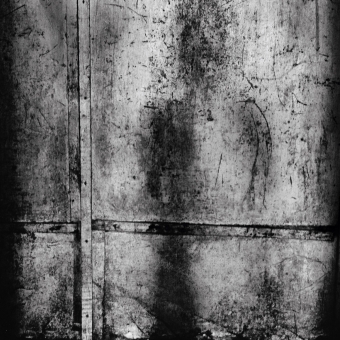 "They said we were going to a place where we'd meet lots of people who had disappeared and about whom nothing more would ever be known, that we too had disappeared and no longer existed in the eyes of the world, that not even our names existed and that we should answer with the name they gave us. They left me handcuffed and blindfolded in a sort of courtyard, where they searched me and asked me about any metal objects i might be carrying, even if i had an IUD fitted. Later I found out that this routine was what they did before giving you electric shocks, to check that there was no other conductor on your." Hebe Caceres was abducted on June, 1978. She was then taken to the secret detention center 'El Banco'. 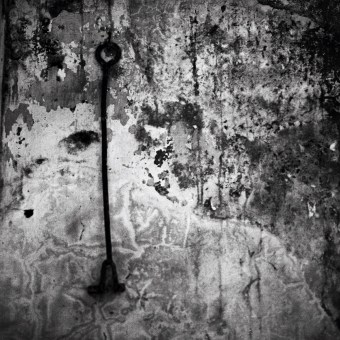 "There were no cotton wads, no cloth; nothing. They didn't give you anything. When we had our period we would drip blood and I'll never forget how they would drag us out into the corridor and beat our legs with sticks, saying: look how they drip and lose blood, just like dogs, just like bitches, leaving a trail of blood behind them." Marta Candeloro was abducted on June 7, 1977 in Neuquen. She was then taken to the secret detention center 'La Cueva'. 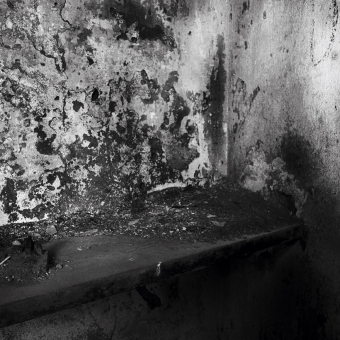 "They put us women in a tiny cell; there was a window in the door and to the right there was a concrete seat. I remember this because when they came for us for another session I used to grab hold of the bench like a child, so as not to go." Emilce Moler was abducted on September 17, 1976 in La Plata. She was then taken to the secret detention center 'Pozo de Arana'. 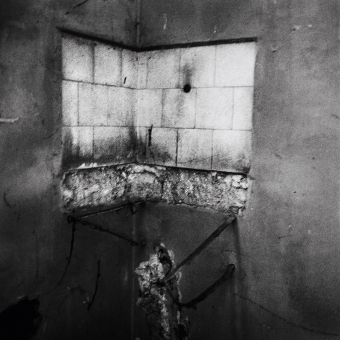 "Once when I was still being held at the Hospital Posadas they took me to the bathroom. I took off the blindfold and looked at myself in the mirror: I didn't recognize myself and yet I knew it was me. I looked at the face staring back at me and said 'that's not me'. There was fear in my eyes; it was a look of someone cornered, a terrible staring, as if waiting for the next blow." Gladis Cuervo was abducted on noviembre 25, 1976, in Buenos Aires. She was then taken to the secret detention center 'Hospital Posadas'. 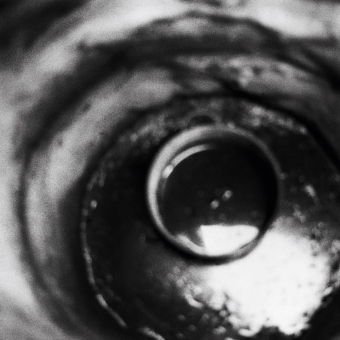 "Immediately after my arrival at La Perla I was taken to the torture room. They stripped me and tied my feet and hands with ropes to the boars of a bed, so that I was hanging from them. They attached a wire to one of the toes of my right foot. Torture was applied gradually, by means of electric prods of two different intensities: one of 125 volts, which cause involuntary muscle movements and pain all over the body, and another of 220 volts called la margarita (the daisy), which caused violent contraction—as if they were ripping off all your limbs at the same time. I tried to kill myself by drinking the filthy water from this can they used for another kind of torture called 'ducking', but I didn't manage it." Teresa Meschiati was abducted in the town of Cordoba on September 25, 1976. She was then taken to the secret detention center 'La Perla'. 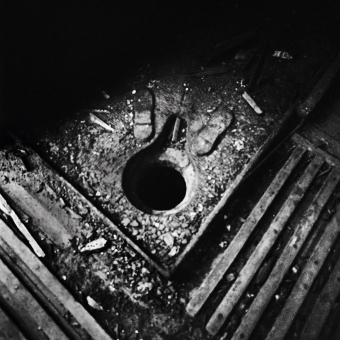 "The first sensation of being naked, which made me feel very ashamed, was nothing next to being tortured. It was completely shameful that those men were engaged in an act of torture—not that they were torturing me, but that they were torturing..." Isabel Cerruti was abducted on July 12, 1978, in Buenos Aires. She was then taken to the secret detention center 'El Olimpo'. 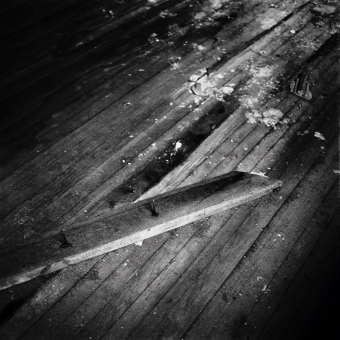 "Something strange used to happen at night, the screams of torture were different than those during the day. Even if the screams of torture are always the same they sound different at night. And it's also different when they come to get you at night. The noises and the screams are not with me always, but when I do remember them, it makes me very sad. I am paralyzed by those screams, I'm back in that time and place. As somebody once said—and I've given this some thought and I think it's right—although life goes on, although some of us were freed, you never get out of the pit." Isabel Cerruti was abducted on July 12, 1978, in Buenos Aires. She was then taken to the secret detention center 'El Olimpo'. 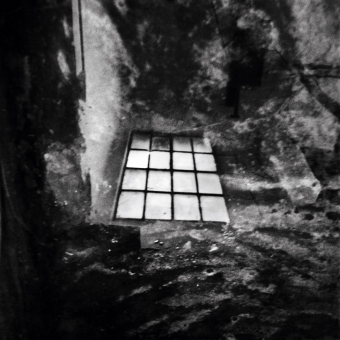 "How could they not hear the screams if the torture room was next to the street? Timidly at first, the neighbors began to speak: one saw cars entering and leaving; a carpenter heard the screams; and somebody else said that he noticed when they covered the front windows. Going to see those neighbors so long afterwards was incredible. I said to them: 'I'm talking to you about the ghosts from the inside, and you are talking about the ghosts from outside. Do you realize that we are all victims, that there are no differences between you and me? I may have suffered physically, but in terms of experiences we were those on the inside and those on the outside.'" Isabel Fernandez Blanco was abducted on July 28, 1978, in Buenos Aires. She was then taken to the secret detention center 'El Olimpo'. 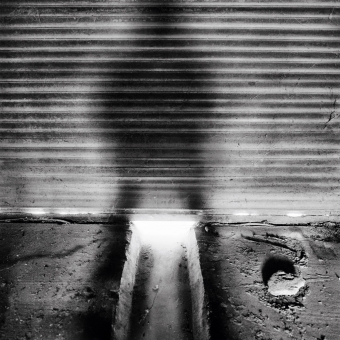 "Obviously, in every society these appalling things can happen at some point or another. I don't think there's a society where it would be impossible for this to happen. It doesn't exist; it's just a fantasy or wish of those people who believe they live in societies where it couldn't happen... perhaps in order to talk about it you'd need to feel more secure. As soon as you begin to feel a bit rejected, you too close yourself off. So it's like a vicious circle, a dog chasing its tail. And what does all this contribute to the cloak of silence." Liliana Gardella was abducted on November 25, 1977 in Mar del Plata. She was then taken to the secret detention center 'Esma.'
View the photo gallery
Photographer's Statement:

In the sixteenth and seventeenth centuries it was not unusual to see in Cabinets de Curiosités stones on which strange patterns could be observed. It was thought that these patterns were created when the stones absorbed imprints of violence which had taken place nearby.

I have a collection of these stones because they provide me with a metaphor for the marks I feel are inscribed in my own body and in the bodies of other Argentine women who, like me, suffered enforced disappearance and torture during Argentina’s Dirty War thirty years ago.

We lived through a storm of history that changed our lives.

We have built our lives on the scars of that trauma, scars that left recognizable patterns on our lives and the lives of our children and loved ones.

Since 2000, I have been going back to Argentina, returning to the Secret Detention Centers and photographing walls that still bear witness to the violence enacted on our bodies, searching for other women who lived through enforced disappearance, asking them to talk with me about memories that have lasted for thirty years.

My project, called El Lamento de los Muros (The Wailing of the Walls), is the result.

In 1999, Luttringer was chosen by the National Museum of Fine Arts in Buenos Aires as one of the twenty photographers of the 'New Generation'. The same year, she won the best Portfolio Prize at PhotoEspana, for her project "El Matadero". In 2000, she was awarded an artist's grant by the National Arts Fund of Argentina for her project "El Lamento de los Muros". In 2001, she was made a Guggenheim Fellow for her project "El Lamento de los Muros". Luttringer's photography is part of the permanent collections of numerous museums worldwide. She currently lives and works in Buenos Aires and Paris.