Fringe of the Empire

Fringe of the Empire: The Russian Caucasus

This project takes into account the countries in which disputes and struggles are not yet over or only seem to be over, burning like intermittent fires under the political rhetoric of “normalization”and “pacification.” In 2008, Monteleone began to investigate the daily life of the people living in the Northern Caucasus, who are still divided between the claim for independence and the pride for for their diversity; economic subordination’ the historical-political and mental affiliations with Russia; condemned to an eternal geographic position in and oblivion, the elaboration of a new pos-Soviet identity. 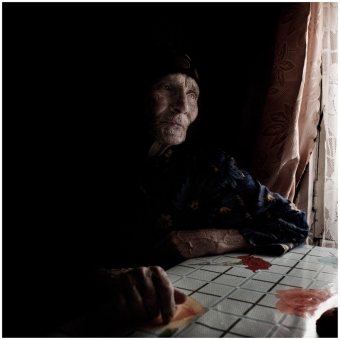 A Russian woman who refused to leave her house during the bombing in Dmenis. South Ossetia, August 2008. 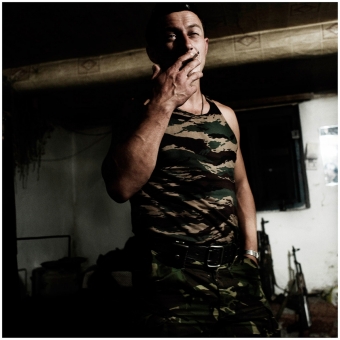 Portrait of a commander from the Abkhazian Militia patrolling the Kodory Valley. The Valley had only recently been taken control of by Abkhazia. Some fighting still happens in the area. Russian peacekeepers are supposed to control it. Abkhazia, October 2008. 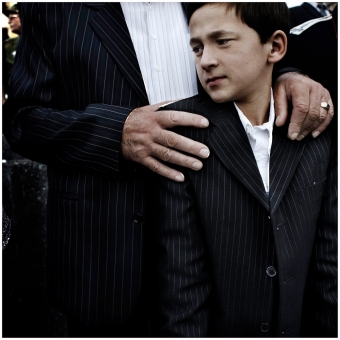 A boy and his father during a funeral. Abkhazia, October 2008. 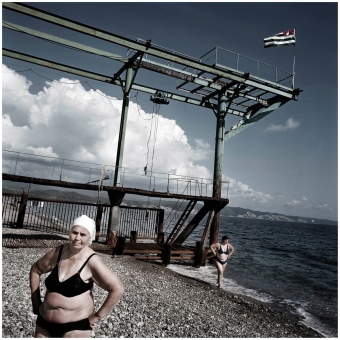 Women on the beach at Pitzunda. Abkhazia, October 2008. 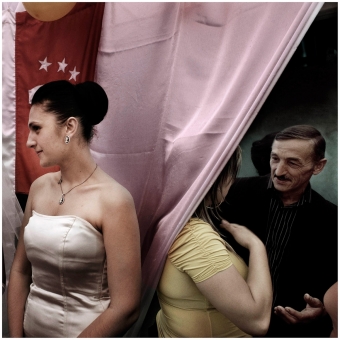 A wedding in the countryside of Ochinchira. Abkhazia, October 2008. 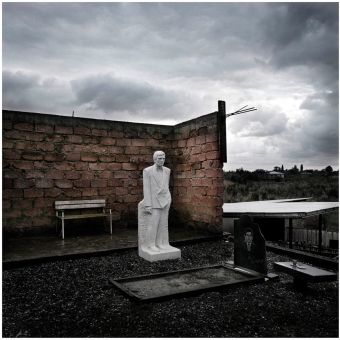 A Georgian tomb on the way to Gali. Abkhazia, October 2008. 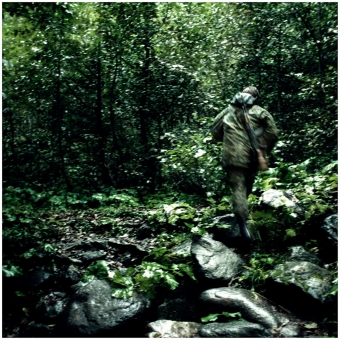 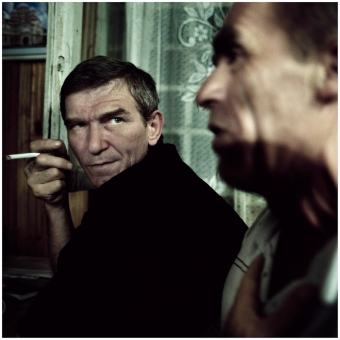 Members of the Turkish diaspora community in Sukhumi. Abkhazia, October 2008. 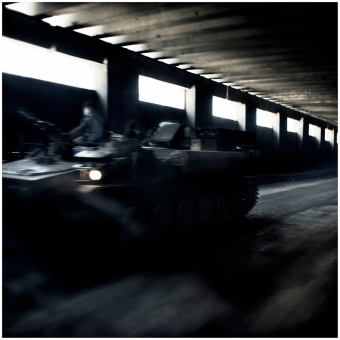 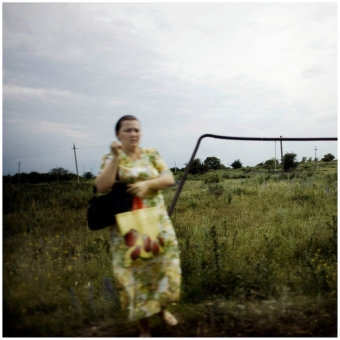 A woman in the suburban area of Oktaibrosky in Chechnya, Russia, June 2008
View the photo gallery
Photographer's Statement:

At first there was the Russian Empire, with Saint Petersburg’s splendor, and the dynasties of nobles far and distant, scattered across an unlimited country. Later came communism’s turn, with its pyramidal hierarchy, its ideology imposed without any discussion for a “superior common good”—an ideology that revealed itself to be utopian and elusive. Walls and curtains finally fell down, but renewal’s winds were broken off by the chill of something more indefinite and creeping. Something nobody talks about, but nobody can dispute. One dictatorship replaced by another, one that is even worse.

Therefore time passed over counts and masters, hierarchies and politicians, arms of the law and armed arms. And all the past reflects itself in people’s eyes. A population that becomes silent and fierce, strong and proud, persons for whom an endearment never lasts long, men and women living suspended in a time-space different from the rest of the world. Places where blood has flown too much, where too often it is forbidden to mourn one’s own dead, where screams become mute, and hiding becomes a habit. The regions of the Caucasus.

The Caucasus is a concentration of stereotypes as well as surprises. For centuries it has been a land of political, religious, military and expansionistic rivalry, cruel struggle between opposing states and also between allied states. Since the beginning of the nineteenth century this region has been part of Russia—first under the tsarist Russian Empire, later absorbed by the Soviet Bloc.

Thanks to the radical transformations of 1991—involving the entire Warsaw Pact coalition—and the storm caused by the collapse of the Soviet Union, new and ancient disputes resurfaced in the region, and in some cases worsened, with a revival of political and economic aims for supremacy in the area.

This project takes into account the countries in which disputes and struggles are not yet over or only seem to be over, burning like intermittent fires under the political rhetoric of “normalization” and “pacification.” In 2008 I began to investigate the daily life of people living in the Northern Caucasus, who are still divided between the claim for independence and the pride for their diversity; economic subordination; the historical-political and mental affiliations with Russia; condemned to an eternal geographic position in an oblivion, the elaboration of a new post-Soviet identity.

Born in 1974, Davide Monteleone spent his first 18 years living in various cities in Italy, as his parents moved frequently for work. He gave up his study of engineering to move first to the US, and then to the UK, where he discovered an interest in photography and journalism. Since 2001 Monteleone moved to Moscow, where he lived permanently until 2003, working as correspondent for the photo agency Contrasto. This decision determined his ensuing career.

Since 2003, Monteleone has lived between Italy and Russia, pursuing long-term personal projects. He published his first book Dusha, Russian Soul in 2007, followed by La Linea Inesistente, in 2009, and Red Thistle in 2012. His projects have received numerous accolades, including the World Press Photo prizes in 2007, 2009, 2011 and numerous grants. In recent years, alongside the editorial work, he has started exhibiting and teaching. In 2011 Davide has joined VII Photo.