"Nothing and So Be It" is about the life of Sahrawis in the occupied territories of Western Sahara, who have been cut off from their families on the other side of the wall for the past 30 years. 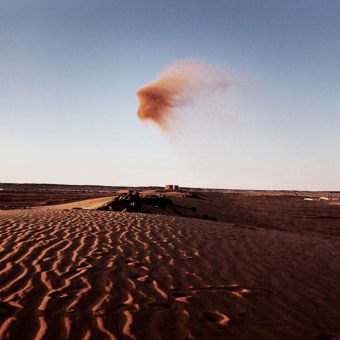 Algeria, Saharawi Refugee Camps, Dakhla: Landscape of the desert near the Refugee camp of Dakhla. 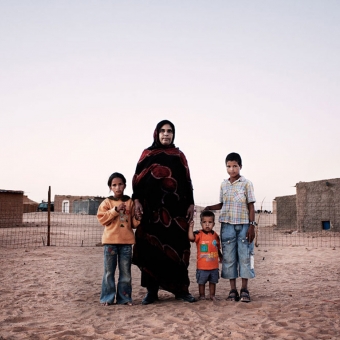 Algeria, Saharawi refugee camps, Smara: Liha Mohamed Lamin (33 years) has been alone since her husband moved to the border with Morocco to work in the Polisario Front. For Saharawi women is not easy to take care of home and family without the help of their husbands, considering the precarious conditions in which they live, but for many of them this is the only choice. Part of her family is in the other side of the berm, and she can get in touch only by the phone. 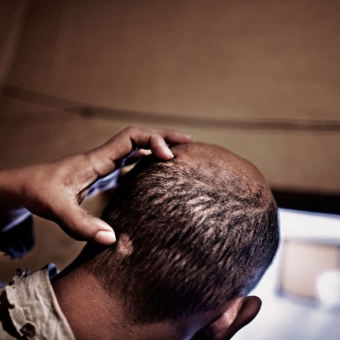 Western Sahara, Laayoune: During the demonstrations many people have been violently injured by the police. This young man was wounded to his head during a demonstration in 2009, and he still bears the signs of it. 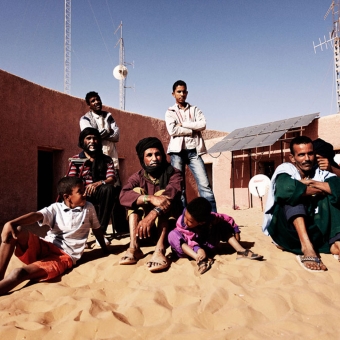 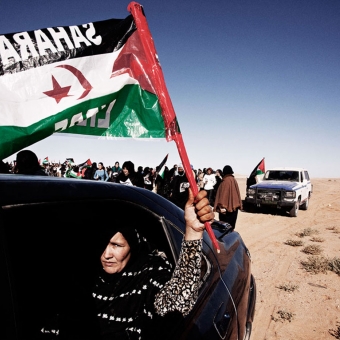 Algeria, Saharawi refugee camps, Rabouni: Demonstrators during a manifestation against the UN mission (MINURSO), for asking the referendum and a free Western Sahara. 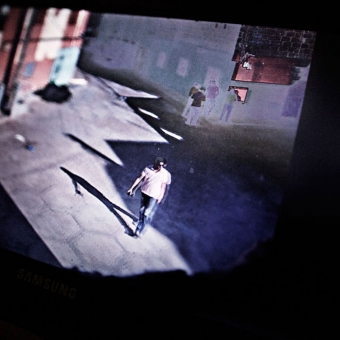 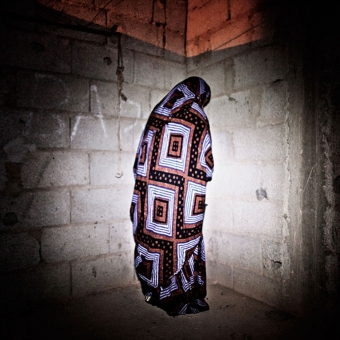 Western Sahara, Laayoune: After being a “desaparecido” for 10 years, kept in a secret prison, ill-treated and tortured, this woman was set free by Moroccan Authorities, and came back home. Nowadays, she is a human right activist against Moroccan government’s misbehavior. 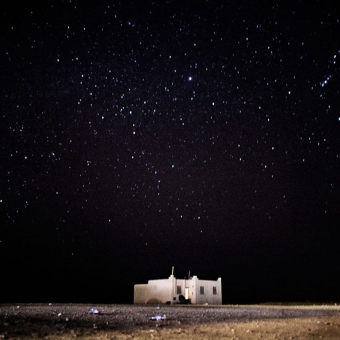 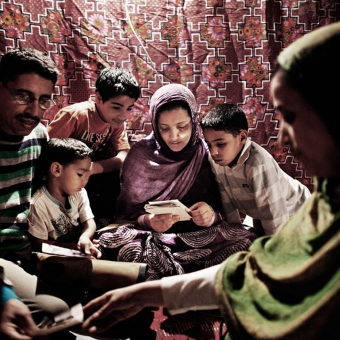 Western Sahara, Laayoune: Hassana Dhiuhi, a human rights activist and member of ASVDH, watching photos together with his wife, his children and another activist, recollects what happened to her family. Until lately, sending photos and letters helped people living in Tindouf camps to keep in touch with people living in territories occupied by Morocco. This was the only way they had to tell their stories to their relatives. 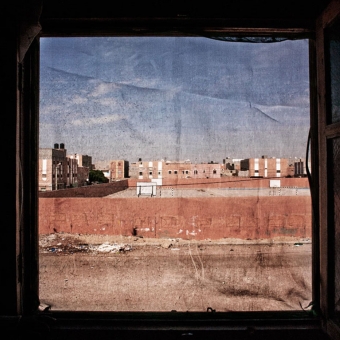 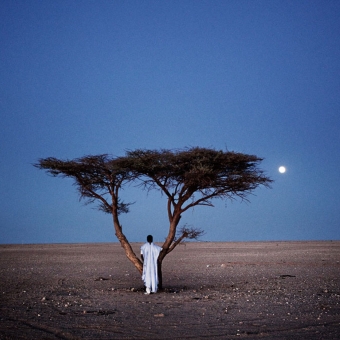 Algeria, Saharawi Refugee camps, El-Aaioun: A young man is praying in front of one of the last tree of this area. 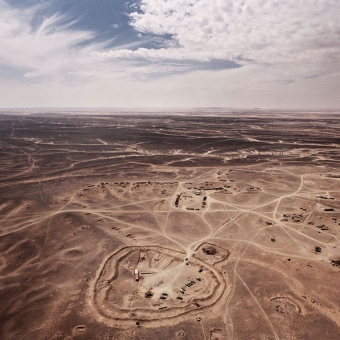 Western Sahara: Aerial landscape of a Moroccan military base near the "berm". 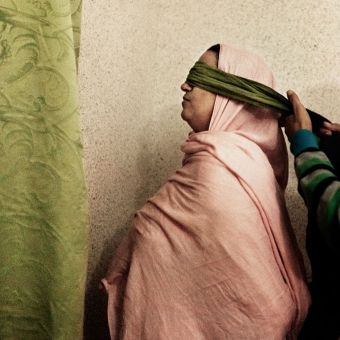 Western Sahara, Laayoune: Activist demonstrating the torture techniques that the moroccan forces used against them during the time they was in jail. 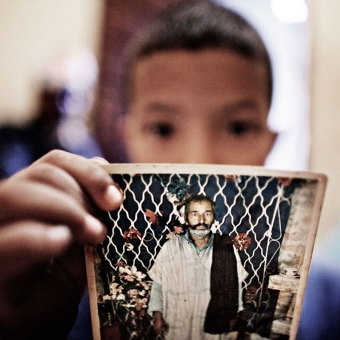 Western Sahara, Laayoune: Until lately, the only way to comunicate from Tindouf camps with the territories occupied by Morocco was to send photos and letters. Family members who managed to keep in touch sent photos that portrayed them. This was their personal way to tell what happened to their lives and to reassure their relatives.
View the photo gallery
Photographer's Statement:

The history of the Saharawi people is tormented. After the Spanish colonization in 1975, the Saharawi (literally "people of the desert") were forced to flee from their homeland, the Western Sahara, after the invasion of Morocco for the natural wealth of their territory.

Algeria gave its support, allowing them to settle down in a territory within its borders, but this is one of the most inhospitable lands in the world, the Hammada Desert. Here the R.A.S.D. (Sahrawi Arab Democratic Republic) was founded, and it is currently a member of the OAU (Organisation of African Unity) and it is politically recognized by 73 states worldwide.

During the war, Morocco built a wall called "Berm", protected by millions of landmines, to safeguard its achievements and the division of the Saharawi's became permanent.

Even today in the cities of Western Sahara, the Saharawi were forced to live in a constant state of alert due to the recurrence of violence by Moroccan forces, the demonstrations for the self-determination of Western Sahara are setted every day, and avery day are repressed in violence from the police.

Even today, the Saharawi are a single population with a unique soul and a divided body, that is waiting a solution that is in late.

He works on medium and long term projects in collaboration with public organizations, non-profit humanitarian organizations and magazines.

His work is represented from Posse Photo Agency.