Privileged Mediocrity and the Deceived Within

Privileged Mediocrity and the Deceived Within 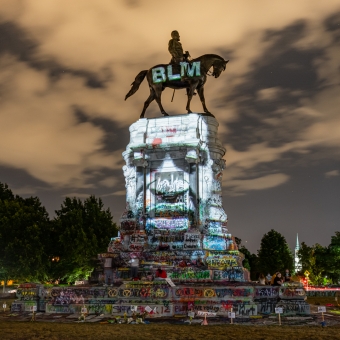 Protesters gather peacefully one evening at Robert E. Lee Circle on Monument Avenue in Richmond, Virginia. “BLM” for Black Lives Matter is pro- jected on Lee’s horse, while a photograph of George Floyd is projected onto the pedestal, which is covered with graﬃti. Photographed in 2020. 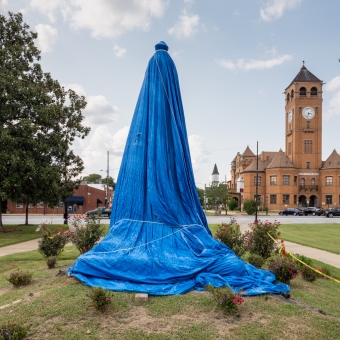 The Tuskegee Confederate Monument, erected in 1906 in Tuskegee, Alabama by the United Daughters of the Confederacy, stands covered after it was vandalized in June 2020. The city of Tuskegee is researching ways to remove the monument completely. Photographed in 2020. 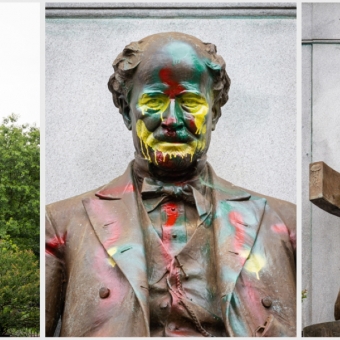 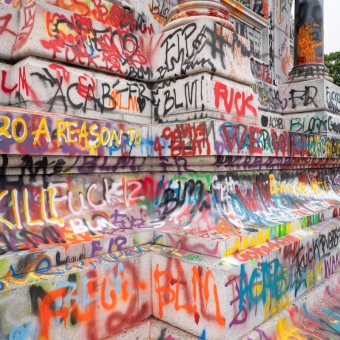 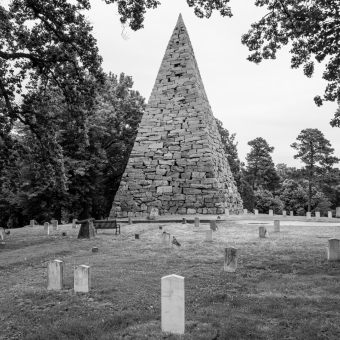 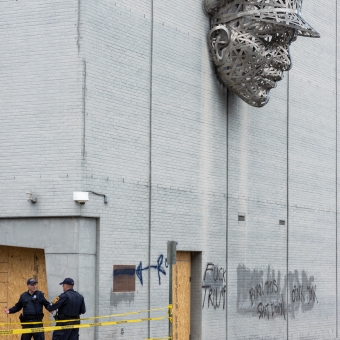 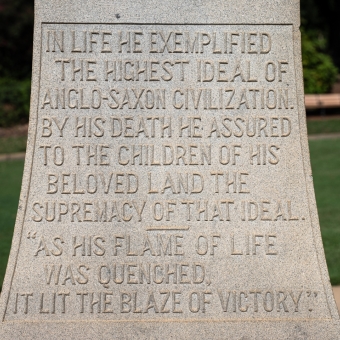 The Meriwether monument in Augusta, Georgia was erected in 1916 to honor Thomas McKie Meriwether, the sole white man to die in the race-re- lated Hamburg Massacre of 1876. Meriwether was one of eight casualties in what historically was retold as a “riot.” The monument now faces scrutiny from protestors for what it symbolizes. Photographed in 2020. 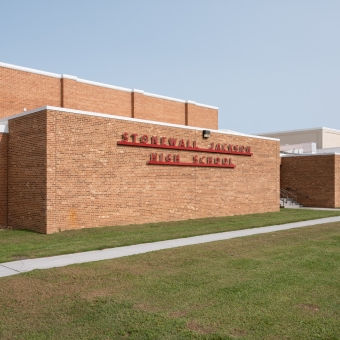 Stonewall Jackson High School in Quicksburg, Virginia was established in 1959 and named after Confederate general Thomas “Stonewall” Jack- son. In July of 2020, the school board voted to change the name and mascot. 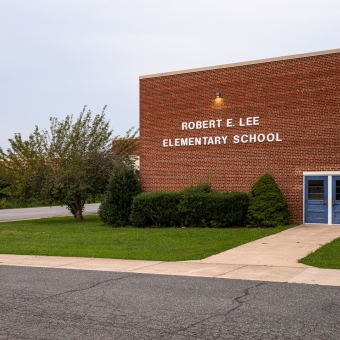 Robert E. Lee Elementary School in Spotsylvania, VA was built and dedicated to the Confederate General by the same name in 1952. Its name- sake was a point of heated debate in 1990 when a cartoon rendition of Lee was proposed as mascot. As of 2020, the school’s name continues to remain unchanged. 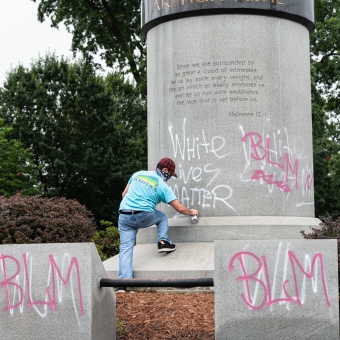 A protestor spraypaints "White Lives Matter" on the Arthur Ashe statue on Monument Ave. Photographed in 2020. 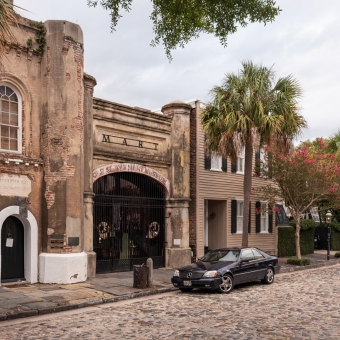 The Old Slave Mart in Charleston, SC was constructed in 1859 and served as a private auction house during the Antebellum period. In 1865, when Union forces occupied Charleston, the remaining slaves imprisoned in the Slave Mart were freed and the building was converted to a tenement dwelling in 1878. In the late 1990s the building was restored by the South Carolina African American Heritage Commission and now functions as a museum and historical site. Photographed in 2020. 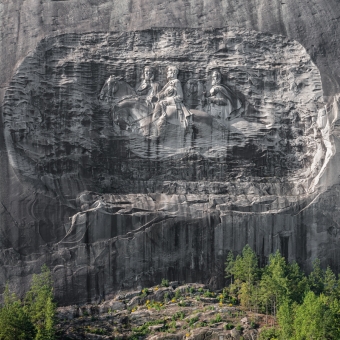 Stone Mountain was oﬃcially opened on April 14, 1965 under the organization of Mrs. C. Helen Plane, a charter member of the United Daughters of the Confederacy and founder of the Stone Mountain Memorial Association. Stone Mountain Park is known as the largest memorial dedicated to white supremacy in the world. Stone Mountain is a park and vacation destination just outside of Atlanta, Georgia with a loaded history that leads back to United Daughters of the Confederacy and Ku Klux Klan. Surprisingly, this was completed very recently in 1970. It is the largest bas-relief artwork in the world and is nearly 150 feet wide. The piece displays the most-renowned Generals of the Confederacy: Robert E. Lee, Jeﬀerson Davis, and Thomas Stonewall Jackson. Photographed in 2020. 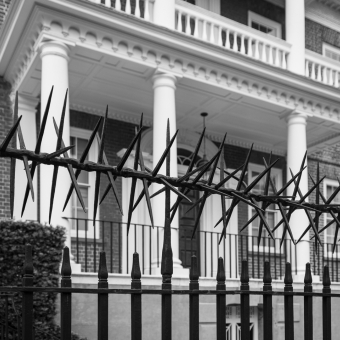 Miles Brewton House is located in Charleston, South Carolina. Brewton was one of the most successful slave traders and merchants in the country. The spikes were added in 1822 due to a Denmark Vesey-purported slave insurrection. Photographed in 2020. 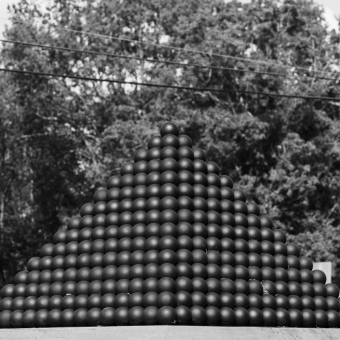 A memorial to Confederate Major General Patrick Cleburne stands in Franklin, Tennessee. The monument marks the site in which Cleburne was killed. Photographed in 2020. 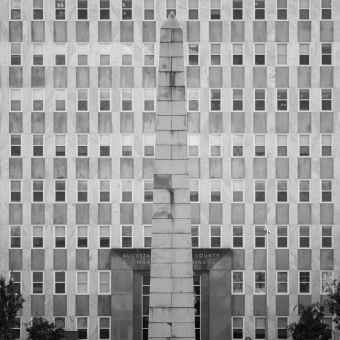 The Signers Monument in Augusta, Georgia was dedicated in 1848 to honor three Georgian signers of the Declaration of Independence: George Walton, Lyman Hall, and Button Gwinnett. Photographed in 2020. 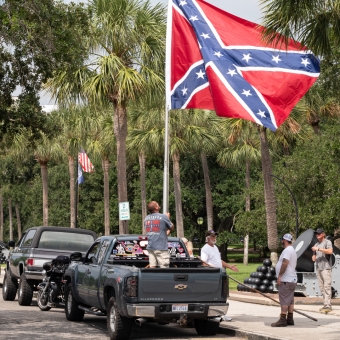 A protest occuring at The Battery in Charleston, South Carolina. One side was Black Lives Matter activists protesting the Confederate monuments within the park, the other side were in support of monuments. Photographed in 2020. 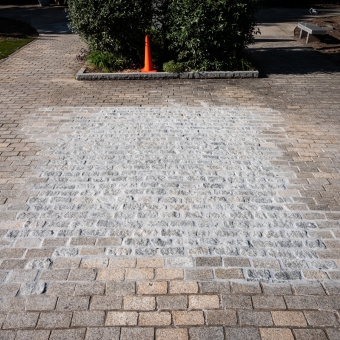 New stones replace the former Confederate monument outside of the Dekalb County Courthouse in Atlanta, Georgia. The sculpture was removed in June 2020. 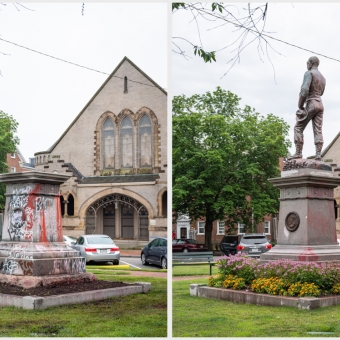 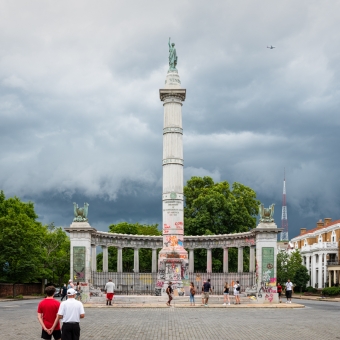 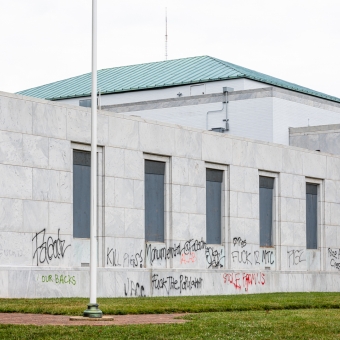 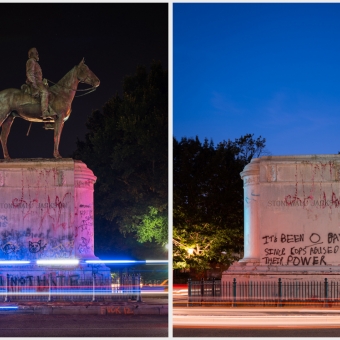 A monument to Confederate general Stonewall Jackson was removed from its base by the city of Richmond, VA on July 1, 2020. The statue was originally built in 1919 along Richmond’s “Monument Avenue.” Photographed in 2020. 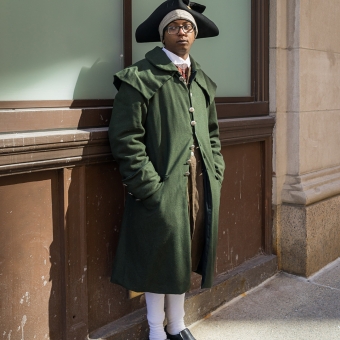 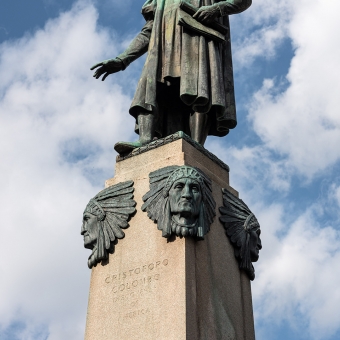 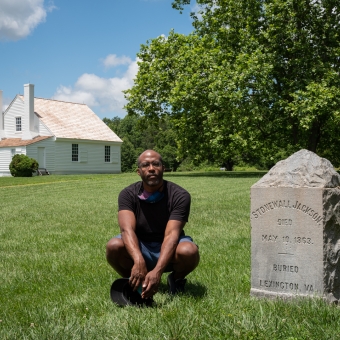 For my new series, I will capture the subtleties of societal power and its impact on the built environment of America and the construction of public and private space. Specifically, my project will explore how racism, capitalism, and power have shaped our country and planet, and how that can be seen and experienced in everyday life.

Racism can be seen in infrastructure and planning nationwide, from the human and built environment impacts of redlining and unsustainable public housing; to spaces where homeless communities are able to exist temporarily before they are dismantled; to the grouping of bus depots, refuse sites, and power plants in proximity to low-income communities (usually of color). Much of our nation’s public and low-income  housing has been built in areas that have high pollution rates, lacking public transportation, and within environmentally unsafe zones (i.e., floodplains). Many of the choices made that resulted in these lived and built realities have been documented and are both obvious and subtle in their expressions. This project seeks to explore the subtleties of the experience across racial, class, and gender lines. We all exist within this planned experience, and I am interested in interrogating experiences that intersect with and diverge from my own.

As a Black man in America, I have always lived with the fear of visiting places outside of major cities in our country. In addition to exploring built environments in urban and suburban spaces, this project will also give me the opportunity and impetus to visually experience places that I wouldn’t normally explore. I will examine a wide range of different histories that have shaped our country. Some examples include: photographing the Native Americans who often work in the national parks that were established on land stolen from their own tribes, the history of confederate monuments, the United States’ occupation of   Hawaii and the sovereign groups that formed in resistance and are building out their own communities,   and impact of redlining in our major cities. I also want to elevate the representation of people of color in    the fine art canon; and to create opportunities for conversation about race, representation, and rural/suburban/urban life.

The art world and business are heavily focused on serving communities that can afford to be involved. Underserved communities rarely have the opportunity to experience art, let alone the time or knowledge to produce artistic work. My goal as an artist has always been to bridge the gap in viewership, between the   art business and the public, who are often unconcerned with art world ideals.

Kris Graves  is  an artist and  publisher  based  in New York  and  London. He  received  his BFA  in Visual  Arts  from  S.U.N.Y.  Purchase  College  and  has  been  published  and  exhibited  globally,  including the National  Portrait  Gallery  in  London,  England  and  Aperture  Gallery,  New  York;     among    others.  Permanent collections  include  the  Metropolitan  Museum  of  Art,  Schomburg  Center,  Whitney  Musuem of American Art,  Guggenheim Museum,  Museum  of   Fine  Arts,  Houston;  Brooklyn  Museum;  and  The  Wedge  Collection, Toronto;  amongst others.

Graves creates  artwork  that  deals  with  societal  problems  and  aims  to  use  art  a s a  means  to inform people  about  cultural  issues.  He  also  works  to  elevate  the  representation  of  people  of  color in  the  ﬁne  art  canon;  and  to  create  opportunities  for  conversation  about  race,  representation,  and urban  life. Graves creates  photographs  of landscapes  and people  to preserve  memory.