Arthur Conrad Kisitu (Uganda) is the winner of the grant set aside for an African photographer living and working on the continent. He will document the daily life of the Sahrawi people providing a general overview of their story and living conditions. Arthur will also be mentored by Stephen Ferry and Sara Terry, as part of special outreach designed to support this grant and grant winner. 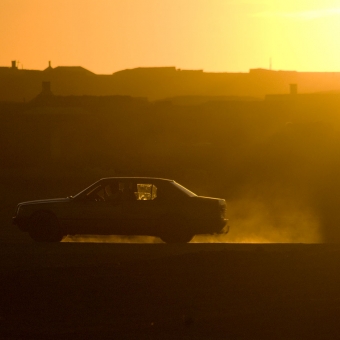 The benz will soon become the new car of the desert, as more Sahrawis shift from traditional means to more sophisticated transport for business trips. 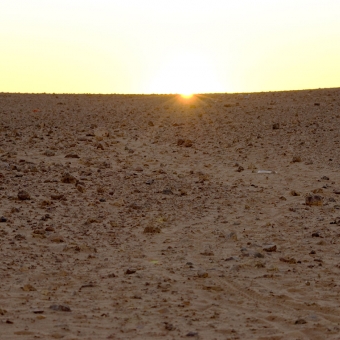 Sun setting at the tip of the sahara desert. 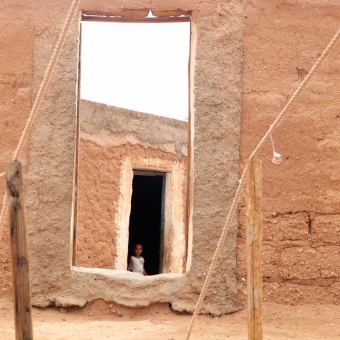 The Sahrawi tend to build several housing units within a bigger family house complex separated by many doors from courtyard into the mainhouse. 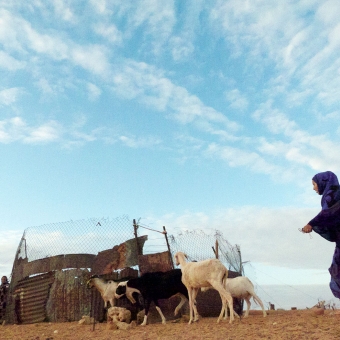 A sahrawi girl chases goats to enter their pen, after 'grazing' at the end of the day. 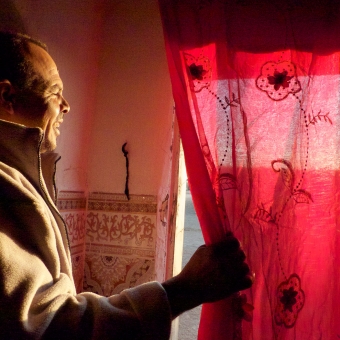 'It is a new day' a Sahrawi man opens the door in the morning just as the sun is coming out. 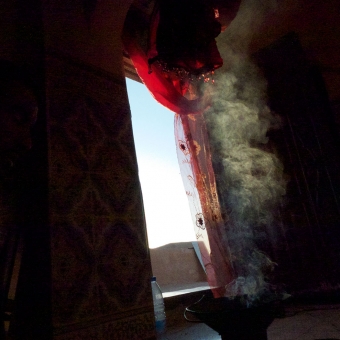 The 'palace like' entrance to the POLISARIO residence/guest house in Raboune. 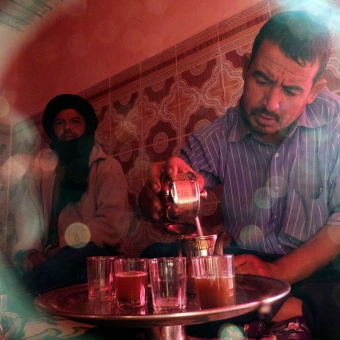 A Sahrawi man prepares tea for his guest, as usually is the custom.

This young girl in layoune refugee camp offered to pause for the camera, proudly letting her hair out against the wind. 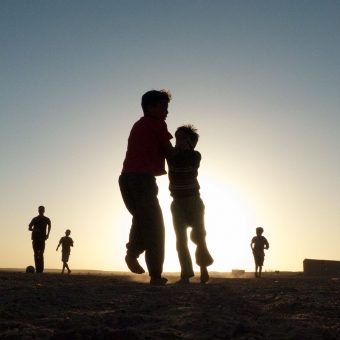 'Friendly fight' as two boys settle their score in a heated football match in the desert sand. 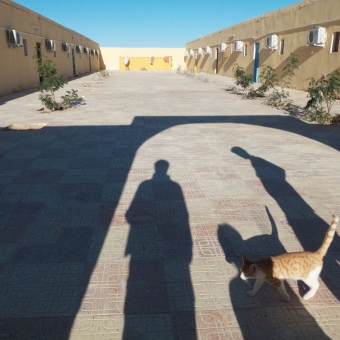 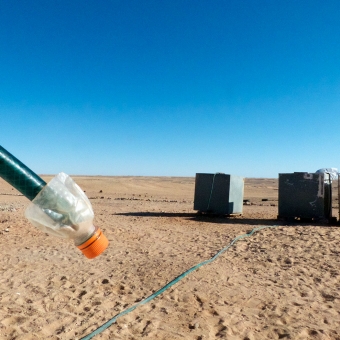 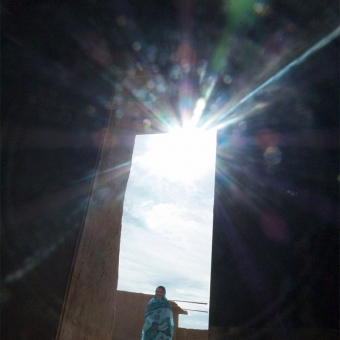 A sahrawi woman walking into the door seems to be crowned by a 'prism' of light from the sun's glare.
View the photo gallery
Photographer's Statement:

While documenting in the Sahara refugee camps for 3 months, I made an effort to collect thoughts from various inhabitants, on how best to represent their story. My documentation emphasized the stories (experiences) of ordinary people. I conducted two photo-exhibitions, one in the camps (LAYOUNE) and another in the liberated zone (TIFARITI) . The local people had a chance to see and react to their own photos.Seeing their different reactions as they participated in selecting and picking up a copy of their own pictures, I began to understand that even in the midst of their much anticipated Independence the people want to experience the joy of the moment. During the second exhibition we hung the pictures on the tents of the POLISARIO soldiers. One of the soldiers who had passionately helped me hang up the photos could not hide his excitement for the fact that one of the exhibited photos had his girlfriend on it. Several times he paused against the picture so I could photograph him displaying her, and I proudly took the souvenir picture. Even in the midst of the intense political atmosphere many of the soldiers could afford a light moment, and share their own dreams. I attempted to make a fair presentation of their story so as to win the heart and minds of the outside world and inspire positive hope among the Sahrawi.

The Saharawis are ethnically mixed descendants of Berbers, Arabs, and Black Africans. Composed of several tribes they speak an Arabic dialect called Hassaniya and have practiced Sunni Islam since the late 7th century. As they anticipate their long awaited Independence tribal affiliation has much less importance today than in previous centuries before the arrival of their colonists. They lived nomadic lives, travelling from central Mauritania to southern Morocco and into eastern Algeria. The majority, though, lived and herded camel and goats throughout the territory that today is known as the Western Sahara. In the past the traditional nomadic life style of the Sahrawis took them from one part of the desert to another in search for water and pastures, today their quest for freedom takes them across the globe rather than across the desert in persuit for freedom.

Against this background, I explore the changing patterns of identity and the evolution of this otherwise shifting culture. In the process of documenting, building relationships with and showing commitment to the people of Sahara, I try to capture the day to day life of an average Sahrawi in respect with their past, present and foreseeable future. Their cultural history with all its foreign interferences and the implication that it creates makes it rather hard to represent the Sahrawi story in one 'sentence'. As an outsider making images that are meaningful to the Sahrawi, for an outside world is one thing, enabling the Sahrawi to tell their own story is the real goal. Aware that the language barrier could be significant enough to undermine my sincere documentary intensions I sought the help a local interpreter from time to time to make sure that I was not projecting my own foreign ideas.

History is the perfection of the past seen in the reflection of the present. The unique position of the Sahrawi, seemingly makes them a point of historical preservation, outside influence notwithstanding. It is likely that the definition of her identity will continue to become ever more elastic as the influence of the outside world continues. The adopting of more exotic life styles as seen in their home interior decor, sophisticated means of transport, and the modern articles used in making tea, to mention but a few. The traditional image as it were is now a mixture of several influences.

One could arguably say the most important time tasted tradition in Sahrawi culture is the continuos process of making and drinking tea. Several times a day, Saharawi families, coworkers, and friends gather around a stove and tea pot to sip three rounds of sweetened green tea: the first bitter like life, the second smooth like death, and the third sweet like love. The whole process can take more than an hour, and Saharawis pride themselves on their abilities to make a great tea. In years past, tea was important for Saharawi nomads for hydration, passing the time in solitude, and sharing stories and news with passers-by or family members. Tea rituals by the Sahrawis also encompass their identity and sense of oneness in their day to day, especially for those who live in the refugee camps, hence the title A-TEA-MOSPHERE.

Arthur C. Kisitu is an International artist/photographer from Uganda. He is the founder of Sweet Home Uganda (SHUGA) - http://sweethomeuganda.blogspot.com/ - and is the proprietor of The Portrait Home Ltd - www.theportraithome.com.

His work emphasises story telling through documentary photography and other visual arts as a means to create awareness and offer alternative solutions.

Past projects include working with street children in Kampala, Uganda, a project that was first exhibited at the Uganda German Cultural Society in 2006. Key topics present in his work deal with HIV, war and poverty as well as the inter-connections between these issues.