Uxo in Laos: Reusing the Residue of the Secret War

Stanbridge's proposal was for an ongoing project, documenting the landscape and people of Laos affected by post-war reconstruction. 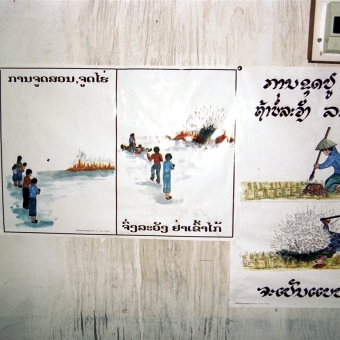 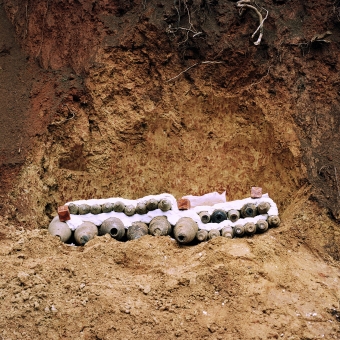 UXO ready to be detonated with C-4 plastic explosives 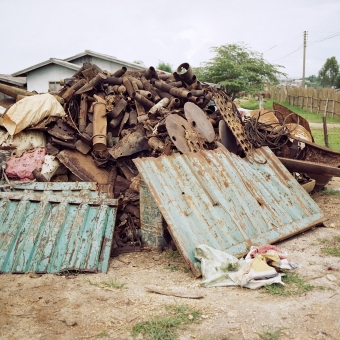 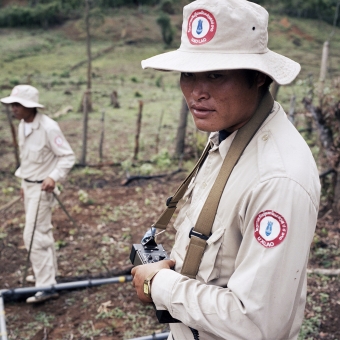 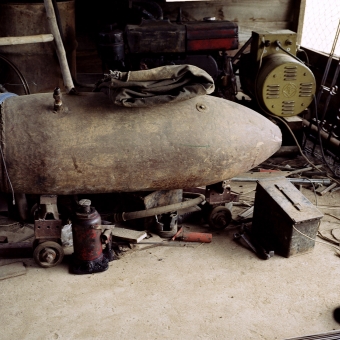 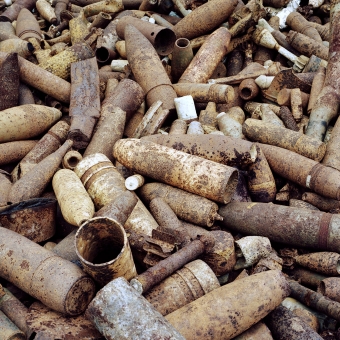 UXO that will be melted down into rebar 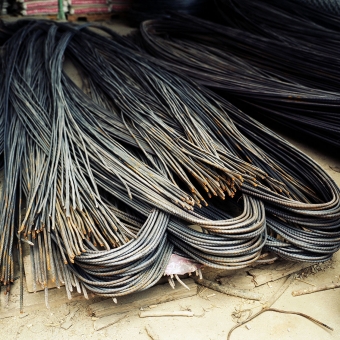 Rebar made from melted bombs. 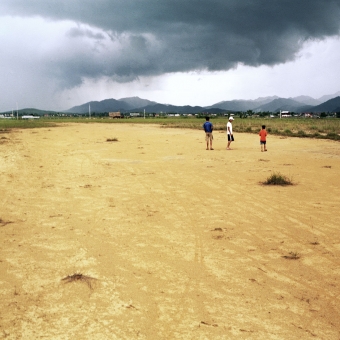 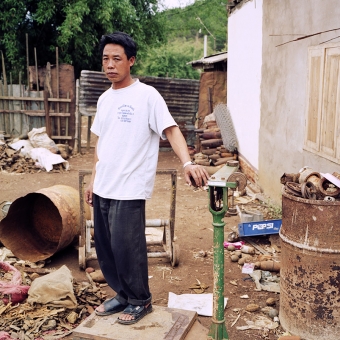 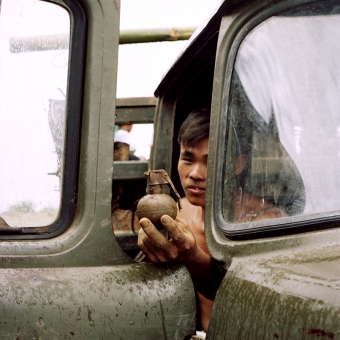 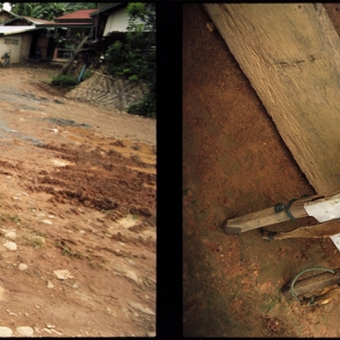 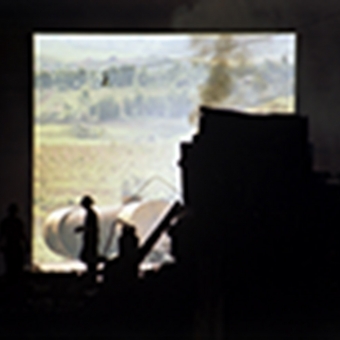 Smelting plant where old bombs are melted down to use in the fabrication of rebar
View the photo gallery
Photographer's Statement:

I was sitting in a small noodle shop in Phonsovan, Laos, when American forces invaded Iraq at the beginning of Operation Iraqi Freedom in 2003.

I had just spent the day wandering through the bomb crater pocked hillsides around the beautiful plains that the town is nestled in, looking to photograph various remnants of ordnance from a war that had some of its major battles fought in the area over 30 years ago. And find them I did.

Various models of cluster bombs, detonator caps, mortars and bullet casings are litters the hills. In town there were bigger 500 to 2,000 pound bombs in front of restaurants and mixed in scrap yards.

So, here on the satellite tv, was the contemporary real time version of what I had been trying to imagine all day. The thunderous explosions, the people running to their houses or driving out of the city center, the tracer bullets cutting glowing lines through the sky. The knowledge that a way of life was beginning to change right in front of my and the other millions of viewer’s and people experiencing the invasion’s eyes.

Yet, here I sat in a place that until Iraq surpassed it, was the most bombed country in the world, although few people know this fact as it was the site of one of the most secretive wars in history.

I had been traveling to Laos for a couple of years at that point in time, but until that moment the idea of how much of a living history I was experiencing and what a contemporary dialogue this small land locked nation had with the current state of events unfolding in the middle east.

From that moment on I decided to invest myself in learning more and documenting not only evidence of the war years of Laos, but to also unravel the events of rehabilitation, violence, and recent economic development since the Pathet Lao and Vietnamese victory over the CIA backed Hmong and Royal Lao resistance in 1973.

In so doing I now see that that moment of ‘shock and awe’ that I was witnessing on the glowing screen above my bowl of noodle soup was judging by the evidence of Laos only the beginning of a long road of conflict and eventually an even longer road of post war reconstruction for Iraq.

Andrew Stanbridge has been traveling and photographing throughout Southeast Asia for the past ten years. His first work documented the continuing modernization of Thailand, Laos and Cambodia, which continues to be a theme that he returns to frequently. While traveling through these countries (particularly Cambodia and Laos) his interest was piqued by the histories of conflict that his own home country of America had been involved in and the recovery from the aftermath of these conflicts. Although he would not call himself a conflict photographer, he has brought his camera into areas where bullets are flying and bombs are falling. Most recently this kind of experience has involved image making in Syria.

Andrew is a collector at heart and looks at his photographs as the big things he can’t fit in his suitcase. He also enjoys returning to the studio to print and handwork the images allowing him to return to and devote more time to the situations that he encountered.

Stanbridge’s work has been exhibited and published internationally and is held in several prominent collections. His work has been supported by many grants and he frequently visits colleges and universities in America lecturing on the aftermath of war. He holds a Master of Fine Arts from the School of the Museum of Fine Arts, Boston and Tufts University.